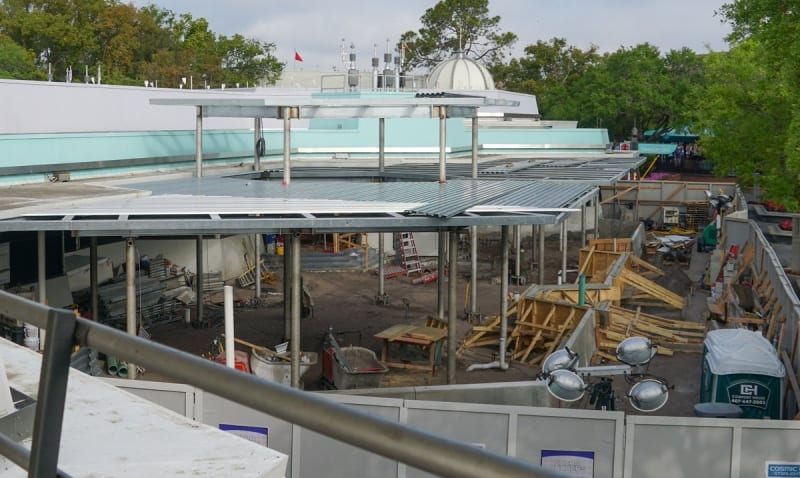 There are a lot of construction projects going on in Walt Disney World right now, too many to be honest.  One that flew under the radar a bit is the Cosmic Ray’s Starlight Cafe expansion project in Tomorrowland in Disney’s Magic Kingdom.  Always a popular spot among guests, especially in the Summer when the heat start cranking up, and Disney is doing an expansion to add more seating to the Magic Kingdom’s largest quick service dining location.

A ride on the WEDWay PeopleMover like in the above shot will give you a good shot of what’s going on inside.  This construction project is taking place on the Tomorrowland Speedway side of Cosmic Ray’s and you can see that it’s a significant space. 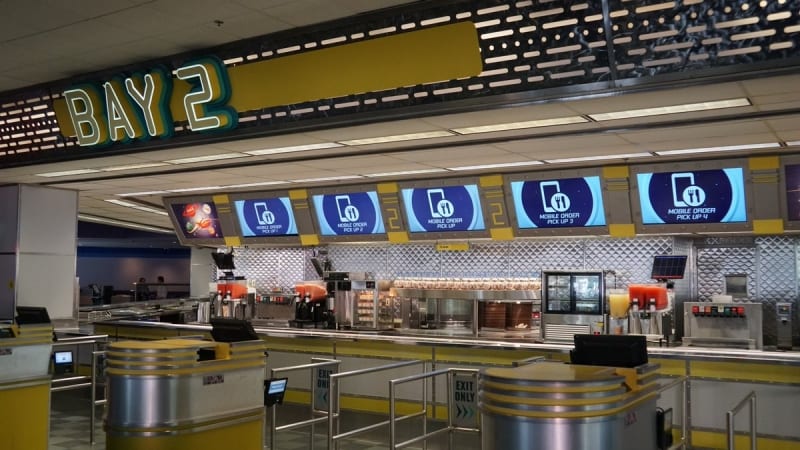 No finish date for the Cosmic Ray’s expansion project yet, but it should be done before the big Summer rush.  And don’t worry, Sonny Eclipse is safe inside and unharmed so far by the construction! 😉

I want to know what you think about Cosmic Ray’s Starlight Cafe Expansion.