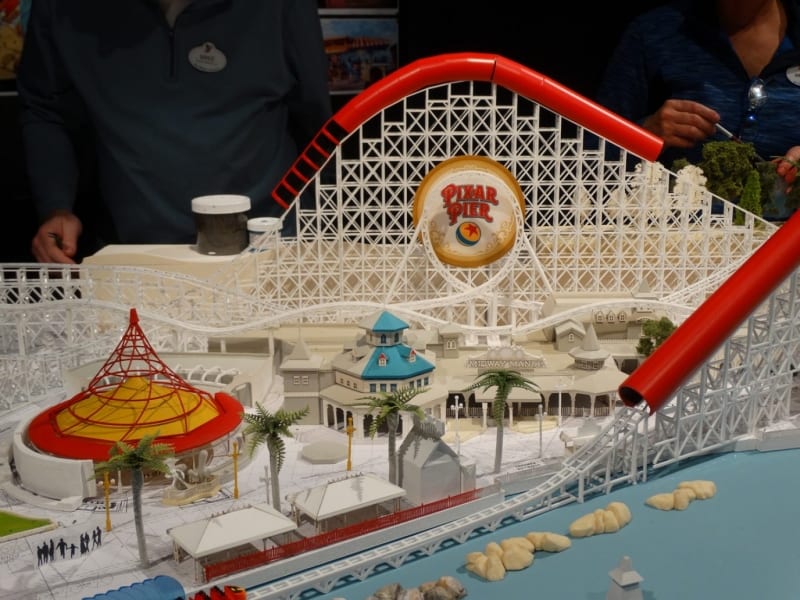 We only have a few months to go and Disney has released some new details for Pixar Pier in Disney California Adventure including the restaurants and food, as well as some shots from the attractions like the Incredicoaster and Jessie’s Critter Carousel.  Let’s take a look: 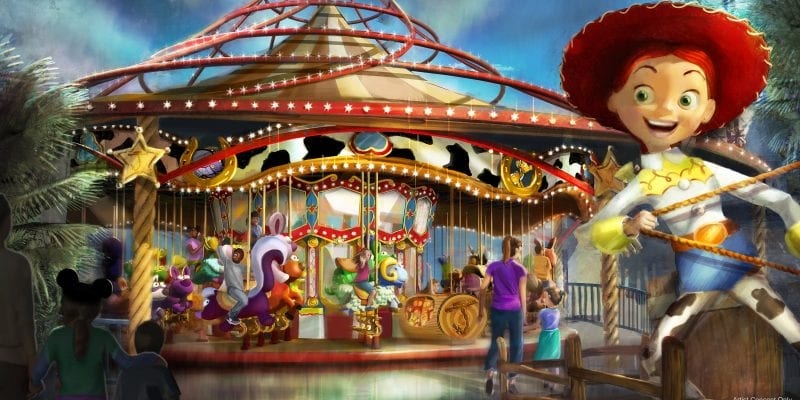 Next we see progress on the Incredicoaster: 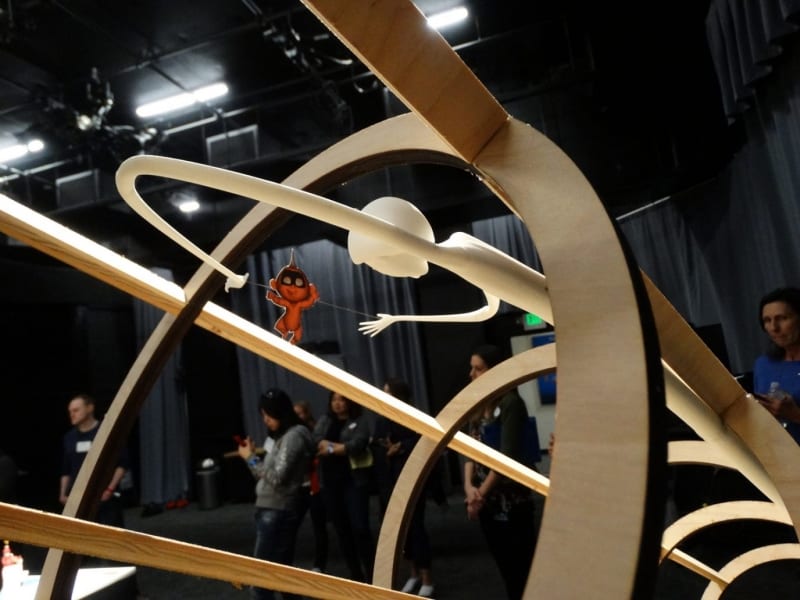 The Incredicoaster as you know is getting a makeover from what used to be California Screamin to an Incredibles theme, just in time for Incredibles 2 which also comes out this summer.  We know that the “scream tunnels” will also have storytelling elements to them like Mrs. Incredible trying to grab Jack-Jack as you see above.

“One of the biggest changes is to our load area, which formally calls to some things you’re going to see in ‘Incredibles 2.’ We’ve got a great welcome archway to welcome you to the land. It’s a beautiful water wall off to the side, bringing some nice cooling areas and a great place to meet some of our ‘Incredibles’ friends.”

“Our story is that you are here on the inaugural launch day that the municipality of the pier has rededicated the coaster to the Incredibles. The Incredibles are here to ride the coaster as well, and we’ll have these great queue videos on your way into the load area. Basically, Edna and Jack-Jack are too short to ride, so they’re going to be hanging out in the VIP area while the Incredibles go on the ride.”

There’s even a video explaining the changes coming: 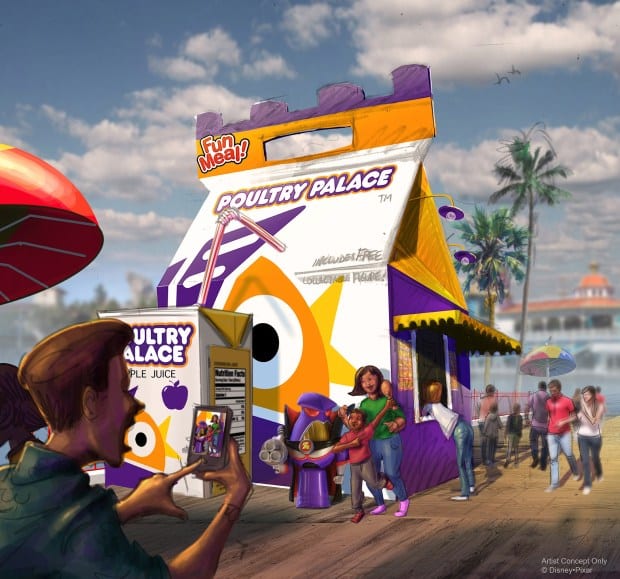 Next is the Churros stand which will be called Señor Buzz Churros: 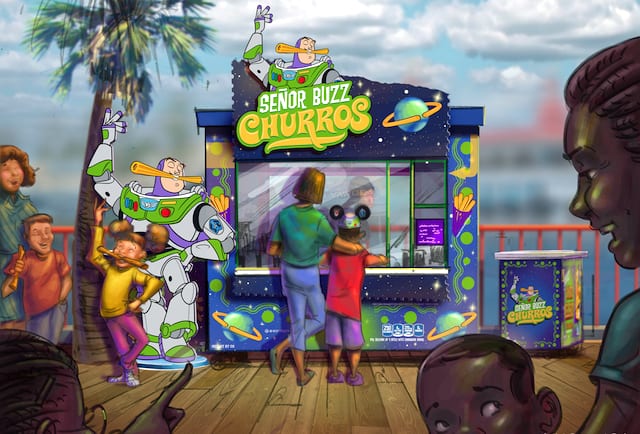 for some Inside Out representation the Angry Dogs hot dog stand is coming to the Inside Out area of Pixar Pier: 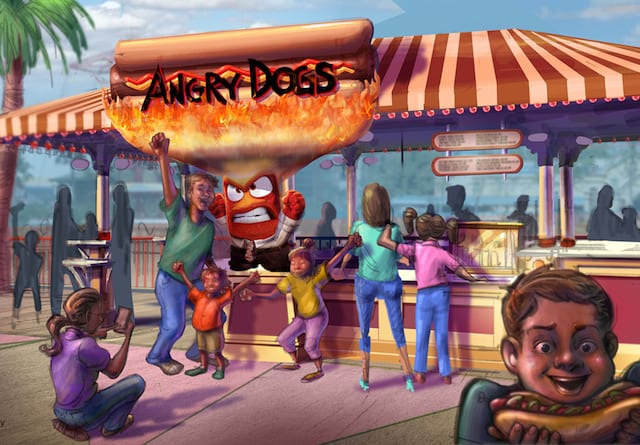 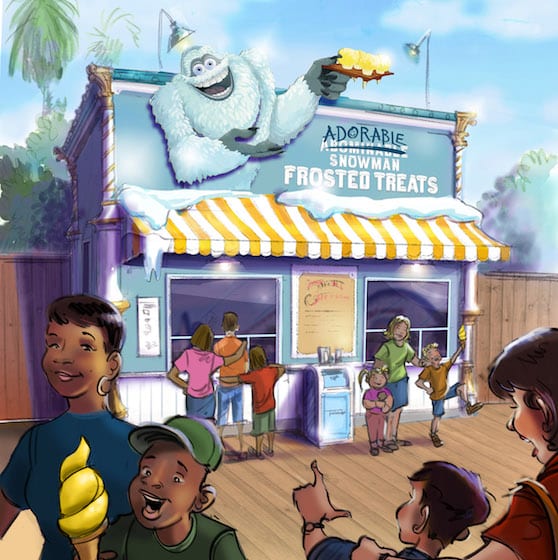 Looks like Pixar Pier is shaping up nice and I’ll be excited to see how it all comes together this Summer.  Pixar Pier opens June 23, 2018!

Before Pixar Pier opens up though, don’t forget that Pixar Fest is coming to the Disneyland Resort too with an all-new fireworks show and Pixar Play Parade in Disneyland Park and Paint the Night Parade in Disney California Adventure starting April 13, 2018!

I want to know what you think about the new details for Pixar Pier.  What are you most looking forward to in Pixar Pier?  Let us know in the comments section below!