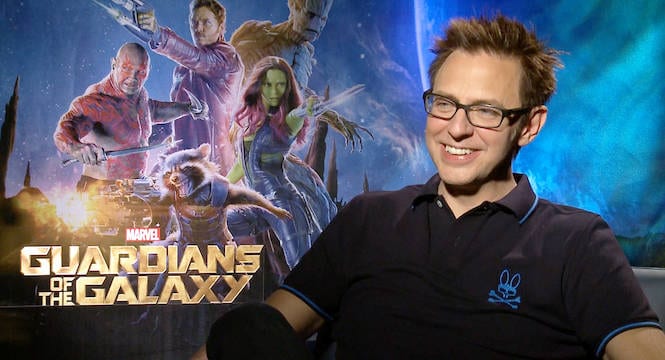 Bad news for Guardians of the Galaxy fans, James Gunn has been fired from the Guardians of the Galaxy Vol. 3 project due to controversial tweets found on his Twitter.  The tweets were not recent (2008 – 2011), but he joked about pedophilia and rape, obviously controversial subjects and were offensive enough for Disney to want to distance themselves from Gunn as director on the project.

“The offensive attitudes and statements discovered on James’ Twitter feed are indefensible and inconsistent with our studio’s values, and we have severed our business relationship with him,” Walt Disney Studios chairman Alan Horn said in a statement Friday.

Gunn responded to the criticism: “Many people who have followed my career know when I started, I viewed myself as a provocateur, making movies and telling jokes that were outrageous and taboo. As I have discussed publicly many times, as I’ve developed as a person, so has my work and my humor.  It’s not to say I’m better, but I am very, very different than I was a few years ago; today I try to root my work in love and connection and less in anger. My days saying something just because it’s shocking and trying to get a reaction are over.”

James Gunn has been writing the script for Guardians 3, and was set to start filming in the Fall with a 2020 release date.  Gunn moving forward was also supposed to be a big part of the MCU cosmic films for which Disney will now have to replace him.  Not only that, scenes for the Guardians of the Galaxy roller coaster were also supposed to be filmed during that same timeframe and with that also having a 2020 approximate opening date, this puts Disney in a pickle.

James Gunn has been extremely outspoken on Social Media with his political opinions. Knowing he has in the past made several offensive comments, he should have known he was making himself a target for someone to bring up his past comments. Arrogance, pretentiousness and overall stupidity for his past comments and his cavalier attitude with his more recent comments. I'm not a fan of our current political climate either, but I can't help but feel this wouldn't have come out if he simply kept his (political) opinions to himself. No sympathy for Gunn and he deserved to be fired for his disgusting and reckless comments.

This is another black eye for Disney (see John Lasseter) and time will only tell how this impacts the overall GOTG franchise and the future of the MCU. I believe there is a lot of talent already within Marvel, but I can't help but feel this will have ripple effects; if only with the overall vibe of the next Guardians movie.

let's hope it doesn't hurt GotG too much or the other cosmic-based Marvel movies Gunn would have been involved in...