Trees from Guardians of the Galaxy Construction Site Cleared and Ready to Go!

Exciting news coming from Epcot!  As you know from D23 Expo, Epcot is getting a major overhaul in the next few year and one of the biggest changes is a Guardians of the Galaxy Coaster replacing the Universe of Energy. 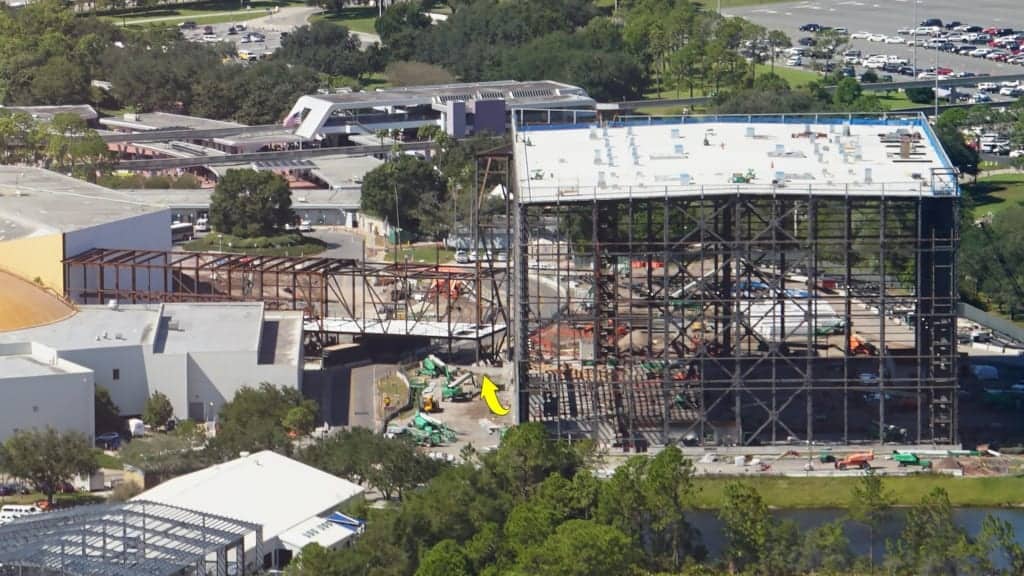 For a few days now we’ve heard some loud noises coming from the now closed Universe of Energy site, but from the park you can’t really get a good view of what exactly was going on.  Now finally we know why.  We were able to get a look at the Guardians of the Galaxy construction site cleared and ready for the next step!

You can’t get the full size of the project just by looking at the above photos, but if we look back to the project plans, you can really see this thing is massive!! 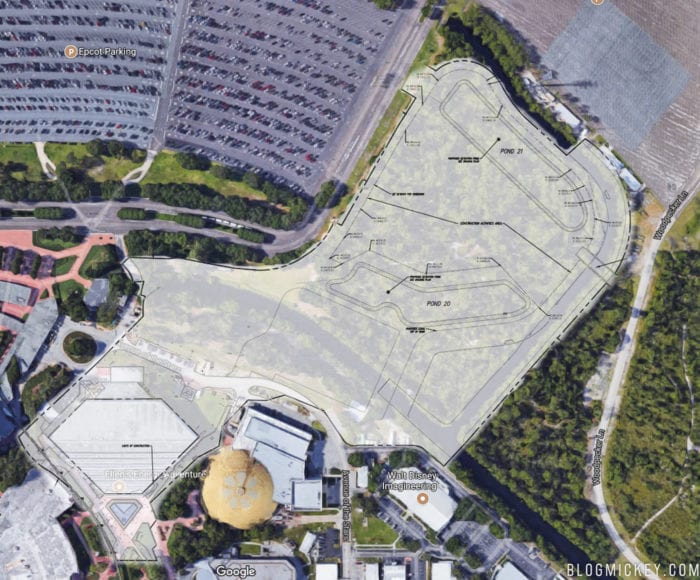 From the permits we can see what looks to be a building on top of the now existing canal.  That building is most likely part of the GotG Show Building, as well as the existing Universe of Energy Pavilion which will be used for the ride queue and pre-show stuff.  The construction zone outlined isn’t going to all be used for the attraction however, the building will only take up a small part of the space.  But since the canals are being rerouted, and the run-off needs to be collected, there are two detention ponds going in the area.  There’s also a rumor that there may one or more new Epcot Resorts which will be put near the main gate, and this space could also be used as prepping for those projects.

Disney still hasn’t given us a clear date yet on when we can expect the Guardians of the Galaxy Coaster to be ready yet, however I got a chance to go down to the Utilidors last week and they have a display of some of the future attractions coming to WDW, including the GotG Coaster.  Below the picture it was written: Coming in 2021.  Now does that mean it won’t be ready before 2021 or is it simply saying that it will for sure be ready by that date, which happens to be the 50th Anniversary of Walt Disney World.  Until Disney says something we don’t know for sure, however with such a massive project and the speed at which Disney usually goes, you can be sure not to see it before 2020.

We also got confirmation this week of construction already underway for the Ratatouille attraction in the France pavilion too.  Exciting times at Walt Disney World. Stay tuned for more updates as they come…

Coach Coming to Disney Springs
← Previous
Epcot 35th Anniversary 'I Was There' Merchandise Coming to Park
Next →
Click here to cancel reply.

I'm So happy that Guardians of the Galaxy is coming to Epcot and I can't wait!