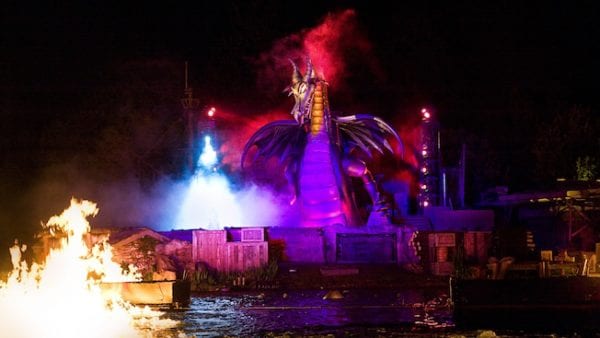 Disneyland’s Fantasmic! has been closed now for a while, but when it makes it’s return this Summer it will be adding some brand new scenes to the show as well as special effects!  Some of the new scenes will include moments from Disney Classics such as: The Lion King, Aladdin, Pirates of the Caribbean and Tangled.

It’s great news that also Mickey Mouse is rumored to have an even bigger role in the nighttime spectacular!

With all the new scenes in the show something has to get cut as well and speculation points to Peter Pan being removed from the show.  However we’ll have to wait for the official word on that to see.  There isn’t a date on the Fantasmic! return yet, but it will be sometime this Summer.

Fantasmic! will be just one of the many attractions coming to Disneyland Resort this Summer including the highly anticipated Guardians of the Galaxy: Mission Breakout! which is replacing The Tower of Terror in California Adventure starting May 27th, as well as the Disneyland Railroad and Rivers of America which are making their returns after long refurbishments.

It’s going to be a great Summer at Disneyland Resort so make sure not to miss any of the action!

I want to know what you think about Disneyland’s Fantasmic! Adding New Scenes.  Do you like the choices that are being added to the show?  Would you be upset to see Peter Pan go?  Let us know in the comments section below!