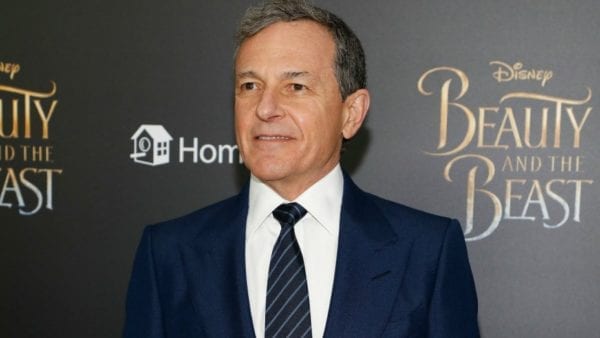 We just got word of Disney Chairman and CEO Bob Iger resigning today from the Trump Advisory Council today due to President Trump’s decision to withdraw from the Paris Agreement on Climate Change.  The Advisory Council is made up of some of America’s most powerful and influential business people.  Iger made his decision made known today on Twitter:

As a matter of principle, I've resigned from the President's Council over the #ParisAgreement withdrawal.

Iger wasn’t the only one who has resigned from the council.  Telsa and Space X CEO Elon Musk has also withdrawn after the President’s decision regarding the Paris Agreement.  It seems like this was an inevitable ending for Iger, and maybe even an easy out, as many Disney supporters were already opposed to Iger being on the Council after President Trump’s controversial stance on many issues.  Now they don’t have anything to worry about…

I want to know what you think about Bob Iger Resigning from Trump Advisory Council.  Do you agree with Iger’s move?  What should he have done?  Let us know in the comments section below!