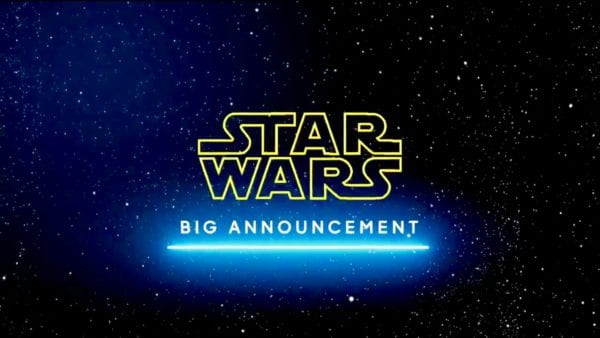 TOMORROW ON @GMA: @StarWars celebrates its 40th anniversary and we’ve got an announcement you won’t want to miss! pic.twitter.com/gbQWV1a8Yt

My first guess is that we will finally see a trailer to Star Wars: The Last Jedi.  The first trailer for The Force Awakens came out 13 months before the film, and here we are in April, only 8 months before The Last Jedi and still haven’t seen anything.

The only part that kind of throws me is when the video says “an announcement 40 years in the making.”  Obviously they haven’t been waiting 40 years to show us this trailer, but maybe it’s just the way they worded it.

I know it will be interesting to see what it actually is!  Good Morning America starts at 7am EST on ABC.  See you tomorrow!

I want to know what you think about there being a Big Star Wars Announcement on Good Morning America tomorrow.  What do you think it is?  Do you think we will finally have footage of The Last Jedi?  Let us know in the comments section below!