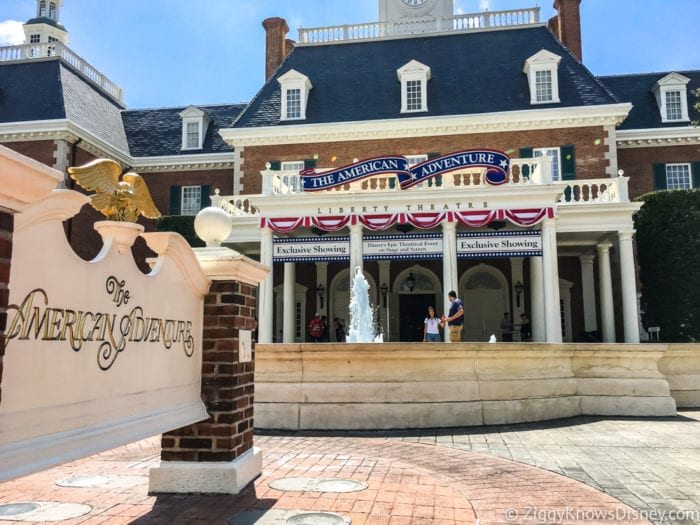 We can’t have two presidential attractions open at the same time in Walt Disney World, so naturally given the fact that The Hall of Presidents just reopened in December, The American Adventure is closing for refurbishment in January.  The refurbishment will be one month long and lasting from January 15th and reopening February 15th.  It’s been 10 years though since the last closing, so it’s due.

Expect improvements to be made with the projection system and film finale, similar to Hall of Presidents.  I don’t think you can expect a Trump animatronic though! ?

I want to know what you think about the American Adventure closing for refurbishment in January.  Were you planning on going during that period?  Which American attraction do you prefer: Hall of Presidents of American Adventure?  Let us know in the comments section below!