7 Biggest Problems with Rogue One 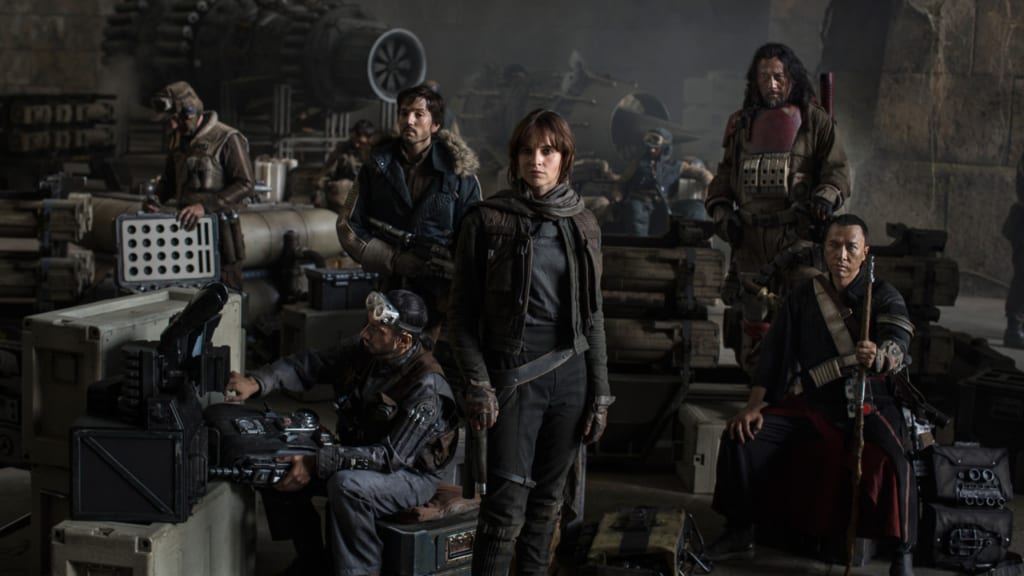 Don’t get it twisted, Overall I thought Rogue One: A Star Wars Story was amazing, perhaps the best Star Wars movie since the original trilogy.  I’ve been to see it twice already and I thoroughly enjoyed both times, even more so the second.  In fact there are a ton of reasons why Rogue One is Awesome!

That being said, like every Star Wars movie, we love to dissect it to pieces, and there were a few things that didn’t make too much sense or that I would have liked to see different in Rogue One.  They weren’t the ones that may are complaining about, such as the CGI versions of Leia and Tarkin, which I happen to think were awesome.  Nor did I have a problem with the lack of Jedi or Light Saber duels (I knew this going in and wasn’t expecting it and it’s nice to see Star Wars can tell a good story without Jedi).  I did have a few critiques however, so here are a some of my Biggest Problems with Rogue One.

Lack of Opening Song in the Intro

Ok let’s get this one right out of the way.  Just like every time a new Star Wars movie comes out, I had to sit there through trailer after trailer of a bunch of crappy movies I have no intention of seeing.  I was waiting and finally I saw those infamous words: “Once upon a time in a galaxy far, far away…”

Then? It goes right into a scene in space…

HUH???  Where the heck was the opening Star Wars music I love so much?  Where was that first note, that blast of energy that gets me so excited?

I know it’s a little complaint, but the Star Wars rolling credits with the famous music really sets the pace for the movie.  Honestly the first 5 min or so were ruined for me because I kept asking myself why they wouldn’t put the credits in there.  I guess they did it because they are trying to distinguish the the spin-off movies from the normal trilogies, but if you ask me it wasn’t neccessary at all and it would have totally gone well with Rogue One. 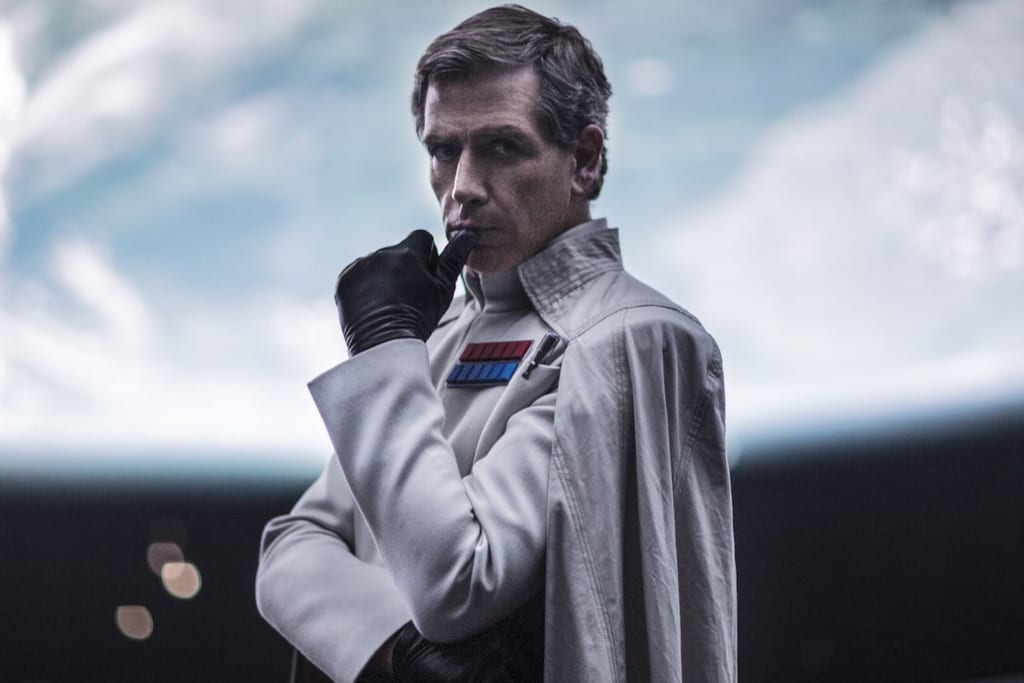 Since we’re talking about music I might as well bring this up too.  Not that the music was bad in Rogue One, it wasn’t.  It was even good.  Afterall John Williams is always a genius and the best in the business.  But where was that one song that really sticks in your head and you can’t stop humming?

They used some of the old songs and changed them up a bit, with differing levels of success.  But there wasn’t anything new that blew me away.  Where’s a new Imperial March?  Duel of Fates from the Phantom Menace?  Again the music wasn’t bad by any means, just not memorable. 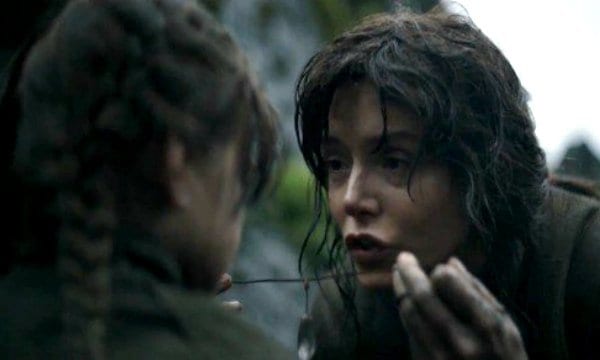 For me this one was one of the biggest problems.  I thought the first few scenes of the movie jumped back and forth way too many times to different locations that it was a bit difficult to keep up.  There were too many new planets and characters all at once that it was hard to follow them all.  First they were on with Jyn’s family.  Then Jedha.  Then where Jyn was in prison and being transported.  Then where Bodhi Rook was captured.  Then where Cassian met with the informant.  Too much at once.

In A New Hope the whole beginning is on Tatooine.  In Empire Strikes Back Hoth.  Return of the Jedi back to Tatooine again.  But having basically all the scenes in one place let’s you get adjusted to the story, especially when you don’t yet know the characters.

Also it touched on stuff like the Kyber Crystals that seemed to be a big part of the story, Jyn’s mother giving her the necklace, showing the Empire transporting it away to use the with Death Star, saying how the Jedi used the crystals in their Light-sabers, then not telling us anymore the whole movie.  I think it would have been very interesting for them to have had explained them a little more to us and have it had a little more meaning in the film.

It makes some of the other Star Wars movies look bad.

This is a positive and a negative.  It’s obvious that the original trilogy is showing it’s age, I mean my wife who only started watching Star Wars now since we’ve been married always says how the originals are slower and the technology really pales in comparison with Episodes 1-3, 7 and now Rogue One.  That we already know and can also accept, because I can appreciate many older films and I still love watching them.  For what they were in their day, they were technological masterpieces.  But seeing as Disney made Rogue One so that you can actually watch it in sequence with “A New Hope” it stands out as outdated even more.

The tremendous size and scope of the final battle scene with the all of the X, Y and U-Wings, Star Destroyers, etc flying around with such realism, such grace and then watch Luke and about 10 other Rebel pilots in the final attach of “A New Hope?”  Again impossible.  Obviously again this is a credit to how well they made Rogue One, just that I feel bad for the originals now.

Seeing how awesome the original Death Star is, also undermines the Starkiller base in “The Force Awakens,” makes it feel even more like the same story recycled over and over again.

Where are the Bothans?

You know: “Many Bothan spies died to deliver this message…” Yes I know that the line is from Return of the Jedi and had to do with the second Death Star, ok.  But all the same, the Rebellion was trying once again to destroy the Death Star and apparently these Bothans are the greatest spies in the galaxy and maybe, just maybe they could have been useful on a mission like this.  Why couldn’t they come along on the mission?  C’mon Rebel Leaders, get it together! 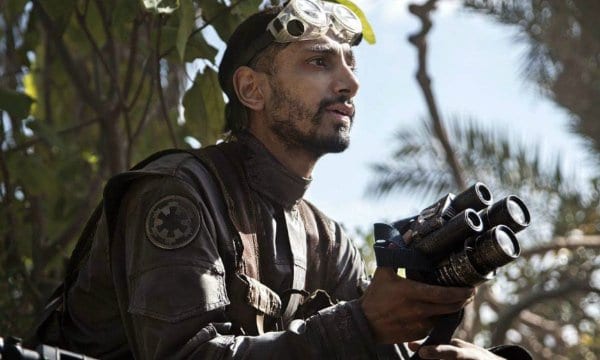 I liked the Characters in Rogue One, even though most of them weren’t as easily lovable and didn’t see that bond between them as we did in the original trilogy or even with Rey, Finn, Poe and the gang in “The Force Awakens.”  Even so, most of them were still good.  I loved K-2SO, I thought he stole the show with his perfectly timed one-liners that really had me laughing.  I also felt a connection right away to Churrit as i felt his character was very interesting.  The rest of them I think were well cast and did a decent acting job, but with most of them we really didn’t get to know them enough to really feel pain at the end when they all died.  It would have been much more powerful if we knew them a bit more.

I would have loved to see some more of the backstories of our characters to feel more of a connection with them.  Our defectors Bodhi Rook and K-2SO, what was the deal with them?  Why were Baze and Chirrut self-appointed guardians of the Jedi Temple?  How did Chirrut become versed in the Force?  What  happened to Cassian that lost everything?  These could have been touched on more.

I wasn’t crazy about how Jyn was developed either.  I mean they robbed a similar plot line from “The Force Awakens”, as both our female leads have been left by their parents.  I thought though it was a little unrealistic how Jyn basically didn’t care about anything or anyone and then all of a sudden is leading the charge to defeat the Empire.

Also I thought Saw Gerrera basically was a waste.  Saw is an important Bad-Ass character in the extended universe and here we don’t really see that at all.  I mean first of all he looks like hell with that frizzy white afro.  Secondly the guy gets killed off rather quickly when he could have added lots to the story afterwards.  I mean was it really that long of a walk to the plane Saw?  He’s supposed to be the baddest Rebel of them all, hating everything Empire and dedicating practically his whole life to destroying them, and then he just gives up at the end like a complete wuss?  C’mon man! 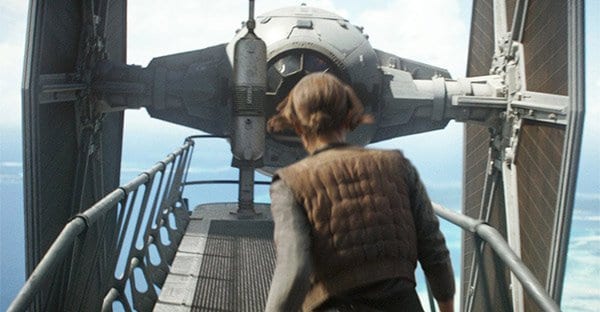 We know that over the summer Disney wasn’t happy with some of the scenes from Rogue One and eventually about 40% of the film was re-shot.  That’s a lot of footage/plot changes.  Why did it happen and what were the scenes?

There were a ton from the trailers that didn’t get used in the end: Jyn and Cassian running with the others on the beach as they are getting chased by the AT-ATs with the Death Star Plans in hand.  What about Jyn’s showdown with the Tie-Fighter?  I was waiting for that when she walked outside but it never came.  Would it have got shot down by a passing X-Wing?  Was is Krennic inside?  Cassian there to rescue her?

Also tons of Vader footage got cut as well as we can see.  Maybe we’ll see them when the Blu-ray comes out.  I thought the movie could have used a little more of old school Vader.  The scenes he had in it were fantastic, but imagine if he got into the battle on Scarif!  There’s one rumor going around that indeed he originally played a role in the battle, perhaps even being the reason our main characters didn’t make it out alive.  Also rumor is Disney cut some scenes with Vader because they were a little too scary and graphic.  Vader hunting down everyone on Scarif one by one is something I would love to see but unfortunately will never be.

I want to know what you think about the 7 Biggest Problems with Rogue One.  Do you agree with me?  What were you disappointed with?  What could they have improved on?  Let us know in the comments section below! 🙂