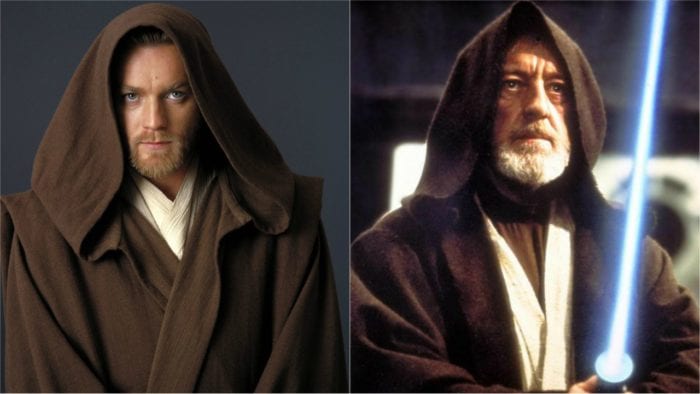 We have the new Trilogy which has so far met with overwhelmingly good reviews from fans, Rogue One which was a smashing success, and a Han Solo Film which is almost finished.  So logically the next question on everyone’s mind is: What’s next for Lucasfilm?  That question just got solved today.  According to The Hollywood Reporter, there’s an Obi-Wan Kenobi film in development which could have Oscar-nominated filmmaker Stephen Daldry as its director.

Daldry is currently in talk with Lucasfilm for the Obi-Wan Kenobi film which currently doesn’t have a script.  A stand-alone film about one of the most beloved Jedi Masters in the Star Wars universe would be amazing!  Unfortunately the original actor for Obi-Wan Kenobi (Alec Guinness) is long gone, but the speculation is that they will go after Ewan McGregor to reprise his role he played in Episodes 1-3.

So far there’s no news on the plot of the film, but if they do get McGregor to play Kenobi, then I’m assuming it would take place sometime after Episodes 3 and 4 as it would fit perfectly with the aging of McGregor himself.  Honestly I don’t think there’s anyone who we be a better choice so I hope they go hard for him.

As for the plot details, that’s what has me really excited.  Might we finally find out what Obi-Wan did in all those years between the twins birth and him setting off with Luke to the Death Star?  With all the speculation that Rey is somehow related to Kenobi, could we get a view into that side of the story?

Don’t expect the Obi-Wan Kenobi film anytime before 2020 as Lucasfilm is jammed with other projects, but this would coincide with Disney’s desire to release a new Star Wars film every year or so.  We’ll have more info for you as soon as it comes out!

I want to know what you think about the fact there’s an Obi-Wan Kenobi film in development.  Who would you like to see play the lead role?  What plot would you like the story to revolve around?  Let us know in the comments section below!