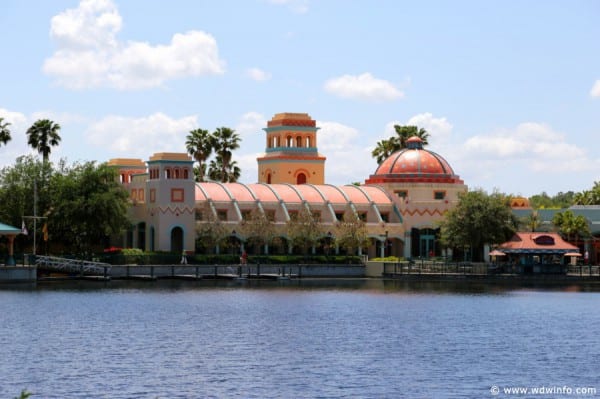 It hasn’t been confirmed yet, but it seems like there may be a Coronado Springs expansion coming in the near future.  Randy Creek, which is one of the cities that resides inside Disney property, has filed construction permits for the Coronado Springs Resort which may be related to the Convention Center there.  As reported by the Orlando Sentinel, there is a vote on whether to approve $80 million in bonds to finance road and parking projects throughout the resort.

The permits say there will be two new ponds that will accommodate future expansions at the Coronado Springs Resort.  Disney is keeping hush hush about the subject but that leads many to believe there’s an expansion in works for the Convention Center.

The Convention Center theory also goes along with other moves that Disney has made in regards to the on-site convention centers recently as more convention space at Coronado Springs would alleviate some of the stress from the Contemporary Resort convention center, which Disney is phasing out.

Nothing is set in stone as of yet, the only thing official from Disney is they have the Coronado Springs Resort listed as under refurbishment for the Fall 2016.  We’ll keep you posted on more updates.

I want to know what you think about Coronado Springs Expansion.  Do you think it’s a good idea to expand the resort with a convention center?  Would you rather see a DVC property there?  Let us know in the comments section below! 🙂